Sky airline has a symbol of SꓘY and it is the second-largest airline in Chile. after surpassing LATAM airline, it will be the first airline to operate a low-cost model flight in the country.Sky airline headquarters itself located in Santiago, Chile. The airline is controlled by the founder, Jurgen Paulmann who is a German-Chilean businessman. Sky airline executed its first operation in December 2001 and with the first flight route from Santiago to Northern chile during June 2002. The airline got a member of IATA since 2005.Meanwhile, in April 2009, Sky airline signed an agreement with Aerolineas Argentinas. this will allows the Argentinean flag carrier to offer all commercial offices and by its electronic ticket system most of the destinations by Sky airline in Chile.From 2015 to 2016, Sky Airlines planned to transform into a low-cost model flight.

Sky airline formerly used Boing 737 fleet but later on, they replaced them by Airbus A320 family plan.Till 2019, they were about to expand their fleet size with more than 25 aircraft.

The hub airport of SKY is based at Comodoro Arturo Merino Benítez International Airport in Santiago, Chile.

Sky airline offers more than 25 destinations in the 5 different countries of the continent. the airline serves many international destinations in Brazil, Peru, Argentina, and Uruguay. In addition, they also offer seasonal charter flights IN Chile and South America with domestic routes includes in Peru.

Sky airline offers economy class as their only standard cabin. Moreover, this class comes with a hygiene cabin and offers an inflight menu.

As per your fare type, for instance, the Plus fare ticket can do seat selections on their reservation. But, in light fare tickets, you will be assigned with random seats while doing Check-in. You can still get the desired seat by purchasing it and the fee will be 3 USD per flight.

The airline does not provide any type of inflight entertainment like wifi or personal TV. However, you will get the latest interesting magazine, that will have all the latest pieces of information.Sky airline serves an inflight food menu that comes up with a delicious list of meals and snacks you can order onboard. Further, you can also order hot, alcoholic/non-alcoholic drinks as per your itinerary.And, the Sky offers different combo packs that consist of many complimentary while reservation and onboard. 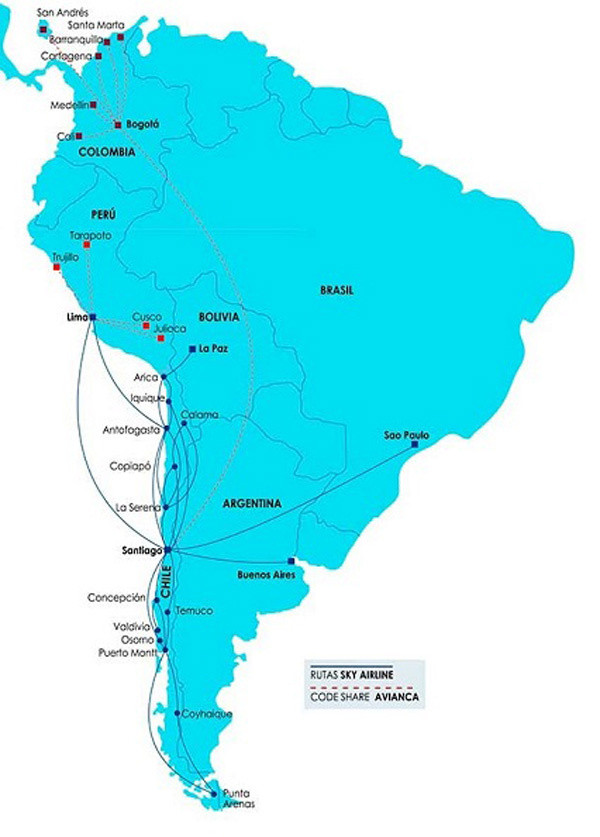 1. How can i check my Sky flight status?

You can go their official website and in flight status section you can check it with the help of flight number and destination.

You can do seat selection as per the fare class you have. For example, In ZERO fare, you have to purchase it.

3. How early can i get to the airport?

For domestic flights, you can get 2 hours early and for international flight, you can reach 3 hours early.